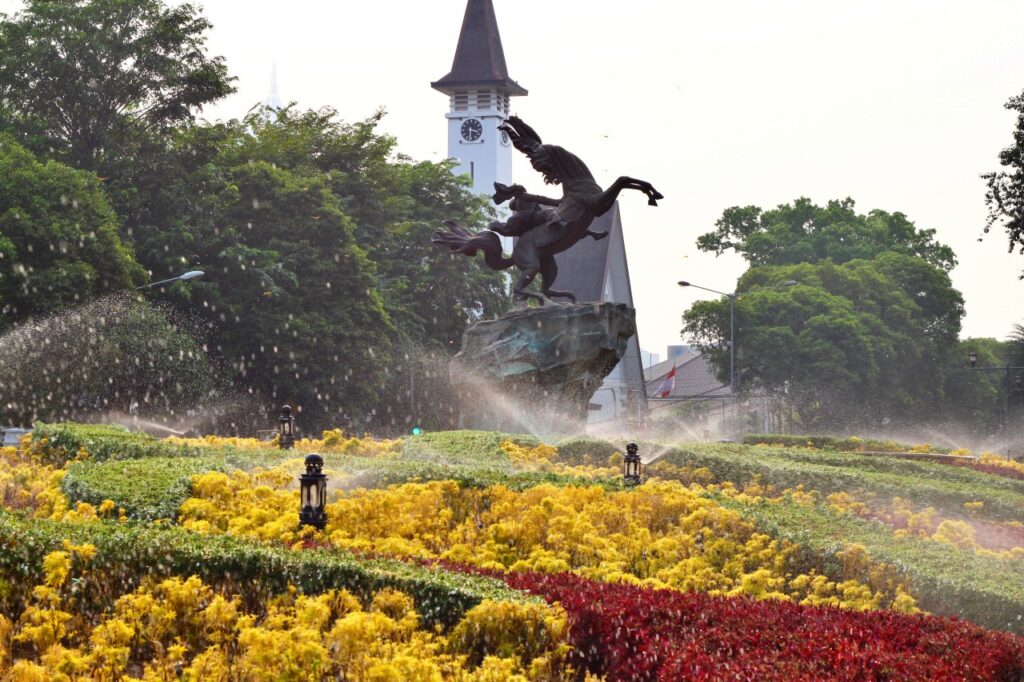 Taman Suropati or Suropati Park is a public park located in Menteng, Jakarta, Indonesia.[1] The park is located in the center of Menteng and is the meeting point of three streets: Teuku Umar Street, Diponegoro Street, and Imam Bonjol Street.

The park is now an iconic landmark of Jakarta, was hill-shaped area. It built by FJ Kubatz and FJL Gijshels under the direction of PAJ van Moojen, a Dutch architect. The then-mayor of Batavia, GJ Bisschop, who was in office from 1916 to 1920, to build the park, which was then named Bisschopplein. The park was officially inaugurated in 1919. The park was built to avoid traffic jam in around the court.[3] The soil that was excavated to level the hilly slope dumped to Besuki Street.[2] In 1920, the court started the transformation to be a park by the planting of trees and flowers.[3] Across the park, there was Logegebouw (now Bappenas building).[3]

According to Zaenuddin HM, in his books 212 Asal Usul Djakarta Tempo Doeloe, originally the park was named Burgemeester Bisschopsplein as of the first Batavia burgemeester (mayor), G.J. Bisshop.[3][2] After independence the park is named as Taman Suropati, commemorating national hero of Indonesia Untung Suropati.[3][2]